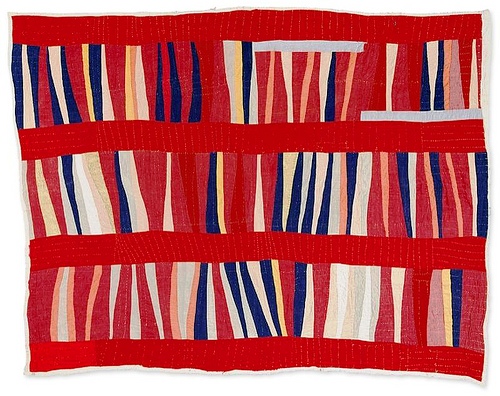 
WELCOME TO AA TRADITIONS:
This Blog is dedicated to the collection and sharing of Africana art and craft traditional resources. Compiled and maintained by Rosalind Nzinga Vaughn-Nichol, AAT is an online repository project whose propose is to provide opportunities to share information around the " material culture"  or folk-life of early Africans transplanted to America, as well as the evolution of African craft traditions within the context of Western culture. Concentrating on an alternate history mode, it is the study of things African Americans made for themselves and others for use in everyday life. (All images and information displayed here are for educational use only. To determine copyrights, please consult the various websites directly).


Perceived as mere pillars of cultural darkness, an imperfect acculturation to Euro-American culture, Africans brought to American shores for more than four centuries were not considered for who they really were, complex amalgams of both African and European cultures. African Americans were depicted for decades as the ONE group transplanted to America that had lost its entire indigenous culture. Early studies in social scholarship asserted that the American Negro was simply a "pathological imitation" of the dominant Euro-centric culture.

In the past few decades, American scholarship has begun to correct that error through the work of scholars such as John Michael Vlach, Professor of American Studies and Anthropology at The George Washington University and Director of the university's Folklife Program. In his book: By The Work of Their Hands (1992 University of Virginia Press), (and it's predecessor "The Afro-American Tradition in Decorative Arts", (1978 Cleveland Museum of Art), Vlach revolutionizes our understanding of Afro-American material culture. In the same vein, Sharon F. Patton, in the text for this course: African American Art,(1998 Oxford University Press, USA), and in the later work of Samella Lewis African American Art and Artists, (2003 Revised Edition, University of California Press). These authors have written excellent books on the historical development of African American arts and crafts culture. Additionally, you may choose to supplement your personal reading with Wake Up Our Souls (2004 Harry N. Abrams; First Edition edition) by Tonya Bolden, to survey of African American fine artists. The authors listed above are among a growing community of scholarship that is exploring “Africanisms” (the characteristics of African culture and people that can be traced through social practices and institutions of the African diaspora). They are writing an "alternate history" of African American culture.

Over the course of this study my hope is that through lectures, multi-media presentations, craft projects, field trips (where possible), and resources posted here, students will engage the heart as much as the mind in the rich vibrant material history that was, until recently, a very under-appreciated aspect of Americana.

I am deeply indebted to my predecessor, colleague, and friend, artist/professor Janet Taylor Pickett, who designed the foundation course content which has helped make this blog on African American Traditions a reality.