OVERVIEW:
This blog is in hiatus status. Below is a sample of introduction readings for this course. Additional post and the curriculum for this course are available upon request from the author: info@rosalind-nzinga.com

THE READINGS BELOW ARE NOT FOUND IN THE COURSE TEXTBOOK. The Following articles are meant to provide a foundation for all that we will study in this course. PLEASE READ THESE TWO ASSIGNMENTS BEFORE BEGINNING READINGS AND IN CLASS WORK: 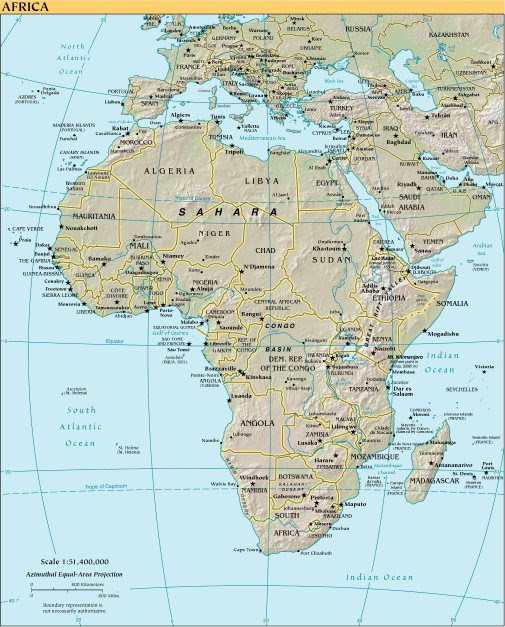 READING ASSIGNMENT: #1
(click words below to link to an article.)

Rooted in Africa, Raised in America:
The Traditional Arts and Crafts of
African-Americans Across Five Centuries

A BRIEF LOOK AT THE ROOT OF AFRICAN CULTURE


African art and material cultural history have played a significant role in shaping the culture and history of the world. Rock Art shell beads fashioned for a necklace were recovered in a cave in the furthest reach of the southern peninsula of South Africa, that date back 75000 years...

Pre-history
Africa is considered by most paleoanthropologists to be the oldest inhabited territory on Earth, where the human species originated. During the middle of the 20th century, anthropologists discovered many fossils and evidence of human occupation perhaps as early as 7 million years ago. Throughout humanity's prehistory, Africa (like all other continents) had no nation states and was instead inhabited by groups of hunter-gatherers such as the Khoi and San.

At the end of the Ice Age, estimated to have been around 10,500 BC, the Sahara was a green fertile valley, and its African populations returned from the interior and coastal highlands in Sub-Saharan Africa. However, the warming and drying climate meant that by 5000 BC the Sahara region was becoming increasingly dry and hostile. The population trekked out of the Sahara region towards the Nile Valley below the Second Cataract where they made permanent or semi-permanent settlements. A major climatic recession occurred, lessening the heavy and persistent rains in Central and Eastern Africa. Since this time dry conditions have prevailed in Eastern Africa, and increasingly during the last 200 years, in Ethiopia.

In the year 4000 BC, the climate of the Sahara started to become drier at an exceedingly fast pace. This climate change caused lakes and rivers to shrink significantly and caused increasing desertification. This, in turn, decreased the amount of land conducive to settlements and helped to cause migrations of farming communities to the more tropical climate of West Africa...

The Beginnings of AFRICA'S MATERIAL CULTURE:

Sculpture:
The earliest known African sculptures are the remarkable terracotta pottery heads, most of them fragments of figures, from the Nok culture of Nigeria and are dated around 500 BC through to 200 AD.
They are made from grog and iron rich clay but none of them have been found in their natural settings and they demonstrate that strong abstract figurative representation has existed in Africa for over 2500 years.

Terracotta sculptures have been unearthed by archaeologists in the area of Jenne in Mali and at Ife in Nigeria and date from 1000 to 1300 AD. Powerful terracotta sculptures continued to be made throughout Africa in the 19th and 20th Centuries. Also, stone sculptures exist from the Kongo people and the Sherbro from Sierra Leone dating no later than the 16th C. Ivory was carved with great skill in Benin at the same time...

Ironwork:
By the first millennium, BC iron-working had been introduced in Northern Africa and quickly spread across the Sahara into the northern parts of sub-Saharan Africa and by 500 BC metalworking began to become commonplace in both East and West Africa. Copper objects from Egypt, North Africa, Nubia and Ethiopia dating from around 500 BC have been excavated in West Africa, suggesting that trans-saharan trade networks had been established by this date.

Cast metal is the only other material to withstand the continent's termites. Dating back to the 9th Century AD is the bronze casting tradition of the Igbo-Ukwu tribe of Nigeria. Sites have revealed cast bronze regalia as well as other works of art. This superb tradition reached its peak with the Ife people from Yoruba, Nigeria who began to produce very fine brass and bronze castings in the 12th Century and continued to the 15th Century.

Life size heads and masks and smaller full-length figures achieved astonishing realism and reflected a quiet intensity that was the forerunner to that quality which we now admire so much in traditional African sculpture. Sometimes they also cast in pure copper, technically much more challenging than brass...

Textiles:
The earliest African looms of which any knowledge survives are those recorded in the wall paintings of ancient Egyptian tombs. The fine flax fibers of early Egyptian textiles seem to have been woven on very basic ground looms, possible without using any heddle device at all. Looms depicted in Middle Kingdom tombs of circa 2000 BC show ground looms with a single-heddle operated by two women seated on opposite sides of the warp. However, by the 18th Dynasty, a second loom type was in use. These were vertically mounted single-heddle looms, either set against a wall or with the top beam fixed to a tree. Scholars suggest that this type of loom, which was operated by men, was introduced to the Egyptians when they were invaded by the Hyksos* people in the seventeenth century B.C. The Greek scholar Herodotus described male weavers, apparently still using this type of loom, during his visit to Egypt over a thousand years later.

The earliest textile remnants are found in the Sub-Sahara regions are from Igbo-Ukwu and date to 9thC AD while the Tellam caves in Mali were found with cotton and woolen cloths preserved since the 11th Century.

Over the centuries weavers, dyers, and other textile artists of Africa have created an amazing and exciting array of textiles in a huge variety of styles. Some African textiles such as Adinkra, Kente, and Bogolan are becoming increasingly well known. Others such as Yoruba Aso-oke and Adire are perhaps less familiar but equally wonderful. We will explore some of this rich textile history in class, and their relationship to the African-American equivalent - the quilt.

*The Hyksos people first appeared in Egypt c.1800 BC, were a mixed people from West Asia who took over the eastern Nile Delta... (read more)

Woodcarvings
Wood carving remains today the primary sculptural art form of the sub-Saharan continent. African art history shows the earliest wooden sculptures from the 17th C are attributed to the Kuba, central Zaire but the earliest surviving sub-Saharan sculpture is a zoomorphic head found in 1928 in Central Angola. It is dated to the 8th-9th C and survived being buried under the water table.

The finest examples of surviving wood carving date around 1920, some collected as early as 1890 and generally gathered before 1945 while tribal art was still very much in practice. Much of the wood carving of African peoples did not survive, because they were primarily produced as functional and ceremonial objects. Most likely dis-guarded or re-purposed after use...

Today, the vast majority of its inhabitants of Africa are of indigenous origin. People across the continent are remarkably diverse by just about any measure: They speak a vast number of different languages, practice hundreds of distinct religions, live in a variety of types of dwellings, and engage in a wide range of social-economic activities that produce the need for a wide variety of material cultural objects.

Much of Africa's cultural activity centers on the family and the ethnic group. Art, music, and oral literature serve to reinforce existing religious and social patterns. The Westernized minority, influenced by European culture and Christianity, first rejected African traditional culture, but with the rise of African nationalism, a cultural revival occurred. Most African governments now foster national dance and music groups, museums, and to a lesser degree, artists and writers...

So then, in this brief look at the origins of African material culture, we can begin to understand that the middle passage across the Atlantic Ocean brought not only laborers but skilled craftsmen to American shores.

In a society such as the United States, the cultural lines of so many peoples coming from so many countries is often too blended for such a short course of study. However, the root of African culture in America is a clear and distinctive voice, if we but search for it. From these remnants, we will be able to see the rich contributions Africans made to Americana.

The first half of the class will cover CRAFTS that Africans brought to America, such as metalwork, woodwork, pottery, textiles, architecture, and basketry. Art-forms made primarily for functional use. While the second half of the class will cover the aesthetics of FINE ARTS, such as painting, sculpting, graphics, and contemporary mixed media. Spanning the era from the end of slavery to modern times when the Black middle class shifted art appreciation to loftier goals of social-political identity status and even protest....

Each unit of study will be enhanced by a related hands-on art or craft project.